is an India Fulbright Award winning tabla drummer and graduate of the Ali Akbar College of Music who for three decades has been accompanying many of today’s top kirtan singers on the international kirtan chanting circuit.  From his long association accompanying Grammy nominee Jai Uttal and the exotic global vocalist Gina Salá, Daniel has also toured South America backing the soft prayers of Snatam Kaur and throughout North America contributing to the rocking chants of Dave Stringer and the Guru Ganesha Band.

Daniel has also maintained a varied eclectic career from music director for the Off-Broadway play "Ghashiram Kotwal" to decades of informal kirtan in the jungles and beaches of Maui. From Carnegie Hall to the Waikiki Bandshell, in a cave under old Jerusalem, to the temples and all night music festivals of India. Whether through kirtan, classical sitar and sarod, Kathak dance and bansuri flute recitals or his "Rhythms of the Heart" workshops, Daniel continues to introduce new audiences to the magic of the tabla drums around the world. 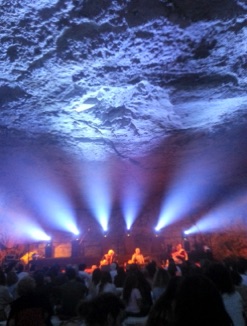